You are using an outdated browser. Please upgrade your browser to improve your experience.
by Brent Dirks
January 17, 2014
Announced just last week, T-Mobile is making its program to lure switchers even sweeter. Originally, the fourth-largest carrier in the United States offered to pay off any ETF fees of customers coming from Sprint, AT&T, and Verizon. But according to Recode, T-Mobile is now expanding the program to users from U.S. Cellular and more than 12 other smaller carriers across the country. T-Mobile will now also increase the number of handsets that customers can trade in, including damaged phones. Damaged units may get less credit, though. Originally unveiled at CES 2014 in Las Vegas last week, the company will pay up to $350 per line of ETF fees for up to five lines. Customers will also be required to trade in their handset and receive a credit that can be used to purchase a new T-Mobile phone. Earlier in the month, AT&T unveiled its own plan that would pay T-Mobile customers up to $450 per line if they switch to their network and trade in an eligible smartphone. For other news today, see: Apple's 'iPad Pro' Could Arrive In September, Worldwide Smartphone Sales Are Expected To Drop During The First Quarter Of 2014, and Starbucks Updates iOS App With 'Safeguards' To Address Serious Security Issue. 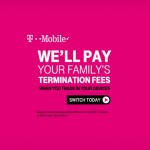 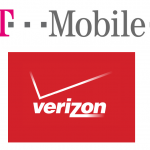 T-Mobile And Verizon Announce Wireless Spectrum Swap Worth $2.4 Billion
Nothing found :(
Try something else