You are using an outdated browser. Please upgrade your browser to improve your experience.
by Joe White
January 17, 2014

Touch ID is about to get even better thanks to one upcoming jailbreak tweak.

So far, a number of impressive ideas have resulted in jailbreak packages implementing Apple’s fingerprint scanner in unique and exciting ways. There’s been Virtual Home, which uses Touch ID to turn an iPhone’s Home button into a “virtual” key; BioProtect, which allows users to password protect individual iOS apps using a fingerprint; and iTouchSecure, which can paste passwords into text fields when users match a correct Touch ID-scanned finger.

All three make Touch ID even more of a fun and useful feature for iPhone 5s owners.

Developer Eric Castro (@eric_castro_) is set to add another jailbreak tweak to this selection, however. Called BioUnlock, the forthcoming package will allow jailbreakers to unlock their Mac computer using an iPhone 5s handset’s Touch ID-equipped Home button, and in a recent YouTube video Castro has provided us with a first look at the jailbreak tweak.

As you can see, BioUnlock allows users to link a specific fingerprint to their Mac computer. This way, you could have your thumbs set to unlock the iPhone 5s itself, but an index finger (as in Castro’s example) could be configured to unlock one’s MacBook. In this way, users wouldn’t unlock their Mac when attempting to unlock their iPhone, and vice versa.

Castro discussed BioUnlock in a Reddit post, and here he explained that he’s presently working on the pairing process between a jailbroken iPhone 5s and its companion Mac computer:

The basic TouchID->mac [sic] unlocking functionalities are done, I need to polish a lot of code I currently “dislike”, and create a simple pairing tool and configuration user interface both for the Mac and another for the tweak that runs in your iPhone.

But the good news is that Castro is hoping to get the jailbreak tweak completed by the end of January. He adds in his Reddit post that the release will be compatible with Mac OS X only at first, but that “Windows support is planned.”

The jailbreak tweak reminds me a lot of Knock, a $3.99 iPhone and Mac application that allows users to unlock their computer by tapping, or “knocking,” on a connected smartphone. It utilizes Bluetooth low energy (LE) to maintain the connection, and in our review of Knock we praised the app’s simplicity and functionality.

Castro’s BioUnlock, however, promises even more of a secure unlocking solution for iPhone 5s and Mac users.

As mentioned, a January release for BioUnlock is in the pipeline. We’ll let you know once the jailbreak tweak is available to download in the Cydia Store. 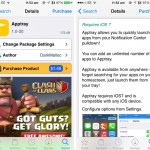 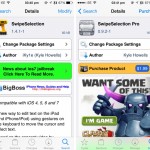 Cydia Tweak: SwipeSelection Gets Updated For iOS 7, 'Pro' Tweak Available Now
Nothing found :(
Try something else