It’s been a fair few years since Glorkian Warrior - a collaborative effort from Dino Run creator Pixeljam and comic book artist James Kochalka - amassed almost $12,000 from a successful Kickstarter campaign, but now the game (called Glorkian Warrior: The Trials of Glork) is set to reach the App Store.

Back in 2010, pledges for the Kickstarter project started at $10 (and sold all the way up to $2,500), and each one bought players a copy of the game. Though we’re not sure how much Glorkian Warrior will set gamers back once it reaches the App Store, its creators promise no in-app purchases - just “good old-fashioned entertainment like your great grandpa used to enjoy.”

But what can we expect from the title? Its old Kickstarter Web page explains:

WHAT’S THIS GAME LIKE? It’s a combination of many styles and genres. It’s a platformer like Mario or Metroid. It’s a shooter like Galaga or Moon Patrol. Some parts are fast paced like Canabalt or Dino Run. Some parts are in zero or inverted gravity! Some parts are hand drawn by James, and some parts are pixel-style like previous Pixeljam Games. There is a lot of narrative and conversation between characters. There are fun things to do and discover! It’s a love child of many different genres, styles and ideas.

Mario meets Moon Patrol, you say? We are intrigued! The project page adds: “James Kochalka is doing the artwork, dialogue and design, and Pixeljam is doing the programming, music, and additional artwork / design.” Pixeljam has worked on a ton of popular games in the past, including Dino Run and Retro Unicorn Attack. Plus, besides the iOS application, there’s also a tie-in comic book available to preorder at Amazon for under $10.

In terms of release, Glorkian Warrior is due to reach the App Store in Q1 2014, which means we could see the game launch any time now. We’ll let you know once it’s available to download.

Until then, check out the below video trailer, or see: Could The After Years’ App Store Sale Foreshadow The Release Of Final Fantasy VI?, Supercharge Your Endless Running Game Experience With Marvel Run Jump Smash!, and PDF Scanner Is Here, But Don’t Ditch Readdle’s Scanner Pro Just Yet. 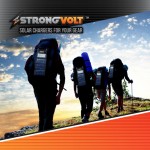 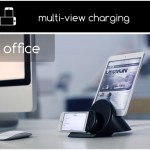 Paradock: Multi-View Dual Dock For iPhone, iPad Launches On Kickstarter
Nothing found :(
Try something else