You are using an outdated browser. Please upgrade your browser to improve your experience.
by Brent Dirks
January 27, 2014
If you’ve waited to purchase an iOS 7 compatible game controller, you’re in luck. Logitech has just discounted its PowerShell Controller and Battery case for the iPhone 5s/5 by $30. Gamers can now pick it up for $69.99 through the company’s site or Apple’s online store. Amazon has yet to update its page for the controller with the new price, but it should soon. Our own Joe White took a comprehensive look at the PowerShell earlier this month, and was less than pleased with the product:

If you’re looking for an iOS controller that can turn your iPhone into a one-stop portable gaming machine, Logitech’s PowerShell isn’t it. Poor physical buttons, and in particular, the D-pad and the A, B, C, and D keys, really hinder this product’s potential. Given its slim, lightweight form factor, we’d hoped responsive buttons combined with a useful on-board power bank could crown the PowerShell an early iOS controller king. This product, however, is sadly one to avoid.

But the PowerShell isn’t the only option for iOS 7 gamers. Unveiled at CES 2014 earlier this month, the SteelSeries Stratus Wireless Gaming Controller was originally tagged with a $99.99 retail price. But when the company released the controller last week, its price was dropped to a more affordable $79.99. MOGA’s ACE Power is another choice out in the market. It’s very similar to the PowerShell, and is still listed at $99.99. But I suspect that will soon change as the company will probably have no choice but to discount its device to match the moves from Logitech and SteelSeries. And no matter the reasoning, that's good news for gamers. 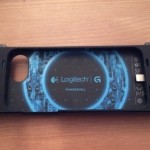 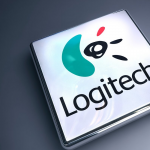 How To Choose The Right Logitech iPad Air Case This Holiday Season
Nothing found :(
Try something else