You are using an outdated browser. Please upgrade your browser to improve your experience.
by Brent Dirks
January 7, 2014
Finally, things are starting to get interesting for gamers looking to purchase iOS 7 compatible game controllers. New accessory manufacturer Signal has just announced its RP One wireless option. Looking very much like an Xbox controller, it will connect via Bluetooth and offer up to 10 hours of continuous play with the built-in battery. Gamers can also charge the controller while playing so they won’t run down the battery. Along with the usual trigger buttons, the controller offers a d-pad, joysticks, and four action buttons. The controller will retail for $99.99 and be available sometime in the first half of 2014. It is compatible with all devices capable of running iOS 7. Also announced at CES 2014, the SteelSeries Wireless Gaming Controller sports somewhat of a slimmer form factor but still includes a console-style layout with dual analog sticks. It retails for $99.99 and can be preordered now. Game controllers from both Logitech and MOGA have already hit the market and can be purchased now. But unlike the RP One and Steel Series, those options are designed to attach directly to an iPhone or iPod touch device with the built-in Lightning adapter. That has left iPad and iPad mini gamers out in the cold. The RP One definitely looks like a very nice choice, and I’m interested in trying in out when it arrives. 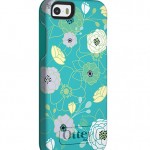 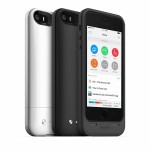 Mophie’s New Space Pack For The iPhone 5/5s Combines A Battery Case With Built-In Storage
Nothing found :(
Try something else