Developer-publisher Square Enix is set to take on Clash of Clans with its own real-time strategy (RTS) title, Dragon Sky. Much like the super-popular Clash of Clans, Dragon Sky will be a free to play iOS application in which iDevice gamers build up a base, amass soldiers and weapons, and attack others (including bosses) in an online multiplayer game mode.

The news reached us in a recent post at NeoGaf, and there information concerning the title is shared in detail. Created by Square Enix and Poppin Games, Dragon Sky is illustrated by Yusuke Mogi and Toshiyuki Itahana, and music has been composed by Naoshi Mizuta. “The game’s an RTS game similar to Clash of Clans where you build your own base but are also able to attack other players’, the game will also feature raid bosses you must defeat in cooperation with other players, as well as a single player mode where you see the game’s story unfold. Units are card based,” the NeoGaf post reads.

Below, we’ve shared a number of images provided in the NeoGaf post. From what we understand, Dragon Sky is listed as “coming soon,” and as of this writing no firm release date has been announced. We’ll keep you updated with further information as we receive it.

In the meantime, for the best RTS title for iOS, check out Clash of Clans, which can be downloaded free of charge and even got an update recently, too.

See also: Evernote Sync Gets A Huge Speed Boost, Now 4 Times Faster Than Before, Madfinger’s Dead Trigger 2 Gets A Shot Of Adrenaline With Huge New Update, and Ironpants Flies Into The App Store To Take On Surprise Top Free Game Flappy Bird. 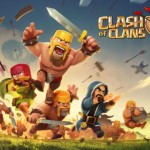 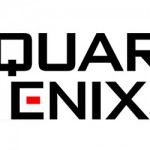 Square Enix's Huge Holiday App Sale Just Got Even Bigger
Nothing found :(
Try something else