Starbucks has made a change to its “Pick of the Week” App Store redemption process, and now allows iDevice users to more easily redeem free iOS apps using the iOS 7 Camera application.

You’ll remember that in iOS 7, Apple made it possible for users to redeem an iTunes Gift Card by pointing their iDevice’s camera at the code. Before this, in iTunes 11 Apple added the ability for Mac users to do the same using their computer’s built-in iSight camera.

This process is of course far easier than manually entering codes into one’s Mac or iDevice, and it’s much appreciated by users of Apple’s products.

Fortunately, Starbucks has now followed suit with its Pick of the Week free iOS app promotion. The cards, which customers can take from Starbucks stores, feature a redemption code for limited-time free iOS apps.

So, the next time you call into Starbucks and grab its Pick of the Week (alongside your Americano or cappuccino, of course), remember: don’t enter the redemption code manually - scan it! 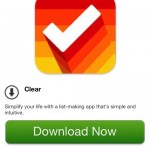 Popular To-Do App Clear Is Free For Today Only 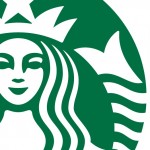