The folks at doubleTwist, the developer behind the popular doubleTwist Media Player, have launched a new application for the Mac called AirPlay Recorder – an interesting (and controversial) piece of software that lets users save tracks from iTunes Radio.

You can pick up the software from doubeTwist for $9.99 – though a free version, which can record 10-second samples of songs, is available too. Once you have AirPlay Recorder installed on your Mac, it’ll appear under the AirPlay section in iTunes; you’ll then be able to save tracks from iTunes Radio by AirPlaying them to the software from within the iTunes app.

Because of this process, recording takes place in real time; as MacRumors explains, a four-minute track, for example, will take four minutes to download, since AirPlay Recorder requires the track to be streamed using Apple’s protocol (you’ll need an Internet connection, too). Once complete, music tracks are saved in a “Recorder” file on your Mac, and can then be played on your computer or synced over to an iOS device.

AirPlay Recorder has been available for Android OS for some time, and back in January doubleTwist co-founder Monique Farantzos told Engadget that the company isn’t concerned about the possibles legal implications surrounding AirPlay Recorder’s functionality:

Recording has been around for decades, from audio cassettes (remember mix tapes?) to TuneIn radio’s recording feature. Given that Apple built their iPod empire on letting millions of people rip CDs based on fair use, we don’t see how they could object to this app.

For a better idea of what AirPlay Recorder can achieve, you can pick up a free version of the app from doubleTwist; as mentioned, this will limit downloads to 10-second previews.

We’ll keep you updated with further information concerning the app as we receive it.

In the meantime, see: Original Clear App For iOS Goes Universal As Realmac Prepares To Cancel Clear+, Philips Planning Its Own iBeacon-Like Connected Lighting For Geo-Mapping Stores, and Textastic Code Editor For iPad 5.0 Brings iOS 7 Redesign And Other Improvements. 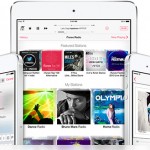 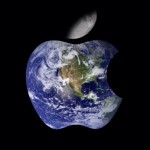