In its recently published 2014 Supplier Responsibility Report, Apple has confirmed that its suppliers use only ethically sourced tantalum – a chemical element essential to electronics, but which has been the subject of previous reports claiming that unethical mining practices are widespread across certain regions in the Democratic Republic of the Congo (DRC).

Apple explains, however, that its products exclusively use “conflict-free” tantalum, and that this was validated in January by external, third-party auditors. The Cupertino, Calif. company notes online that it has achieved this by requiring suppliers to use only verified tantalum sources: “We know supply chains fluctuate, and we’ll maintain ongoing monitoring of our suppliers’ smelters,” Apple adds.

The Wall Street Journal was able to speak with Jeff Williams, Apple’s senior vice president of Operations, and he reiterated that the company “has had success in pressuring tantalum smelters to agree to a third-party audit because Apple and other consumer electronics firms are the biggest users of the metal.”

Securing conflict-free gold, tin, and tungsten, however, is more complex, the publication added:

For gold, tin, and tungsten, Apple has had less success because it does not have as much financial leverage to pressure the smelters. It identified 166 smelters of the other three minerals used by its suppliers. The majority of those firms have not agreed to an audit. By outing the smelters who haven’t agreed to be audited, Mr. Williams said Apple is hoping to affect broader change.

Williams told The Wall Street Journal: “We’re pushing hard on the other minerals – tin, tungsten and gold – to make sure that we have a critical mass of smelters so we can really change the situation on the ground in the DRC.”

Apple also noted in its Supplier Report that in 2013, it performed 15 percent more audits of suppliers’ factories compared with 2012, and as of this writing 95 percent of the companies Apple works with have agreed to its rule of a maximum 60-hour workweek.

There’s still a way to go, of course, and with China Labor Watch publicly condemning Apple supplier Pegatron not once, not twice, but three times in 2013 alone, the Cupertino, Calif. company clearly has work to do when it comes to ensuring its suppliers adhere to its demands for more ethical working practices.

You can read Apple’s latest Supplier Responsibility report online, at the company’s website.

See also: Shoot That Ball And Score Against Other Players In Slam Dunk Basketball 2, Our Old, Abandoned iPhones Are Worth A Collective $13.4 Billion, and Cydia Tweak: MessagePopper Fixes An Annoying Issue With The Messages App. 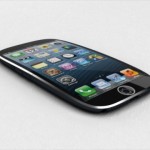 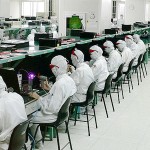 Apple-Supplier Pegatron Is Using Facial Recognition Technology To Screen Workers
Nothing found :(
Try something else