Apple has just added a new TV4 Play channel for users of Apple TV in Sweden. With the launch of the new channel, the company has effectively tied up with the first Scandinavian program provider to offer content on its popular set-top box.

TV4 Play is a service of TV4 Group, the Swedish media company that owns TV4, the largest commercial TV channel in Sweden. With the new TV4 Play channel on Apple TV, viewers in Sweden can access various types of TV4 Group content, including live broadcasting and original programming.

We’re incredibly excited to be the first Scandinavian content provider to launch on Apple TV. With HD content from 'TV4 Play' on Apple TV it's even easier for viewers to enjoy the wide range of entertainment and quality broadcasting available from TV4.

TV4 Play on Apple TV offers full episodes of current TV4 Group shows, which are available to watch within seven days of their original air date. Subscribers of TV4 Play Premium, however, get to watch current and previously aired episodes within a considerably longer period of availability.

The new TV4 Play channel on Apple TV also lets viewers manage their play queues, create lists of their favorite shows, and resume watching episodes right where they left off. 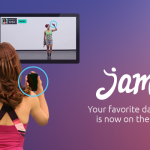 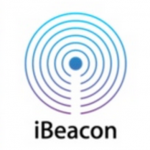