Remember iOS 7 LockScreen Weather? The recently released jailbreak tweak added a well-designed weather interface to the iOS Lock screen, but a lot of jailbreakers were put off by the fact that the package was difficult to configure. Fortunately, iOS 7 LockScreen Weather has received a great update fixing this configuration problem while adding several useful new features.

As before, you can pick up iOS LockScreen Weather for $1.49 in the Cydia Store. Now, however, users no longer need to access their iPhone’s filesystem in order to set the jailbreak tweak up; instead, a new preferences pane added to the built-in Settings app allows users to easily add or remove a weather location for the jailbreak tweak in a matter of seconds.

You can also change the units from Celsius to Fahrenheit, disable the package’s four-day forecast, alter the position of the weather display, hide the jailbreak tweak’s loading icon, and – best of all – configure weather to be displayed based on your location, using GPS.

Plus, iOS 7 LockScreen Weather should also fetch data faster than before; according to its developer, the jailbreak tweak has been rewritten from the ground up in order to provide quicker loading times and improved optimization for the iPhone 5s, iPhone 5c, and iPhone 5.

As mentioned, you can pick up iOS 7 LockScreen Weather for $1.49 in the Cydia Store.

However, A Pint of Milk has teamed up with AppAdvice to offer one lucky reader a free copy of the jailbreak tweak. All you need to do is leave a comment below explaining why you’d love a copy for your handset, and we’ll pick a winner in 24 hours time.

See also: Apple Veteran: Making Plastic Part Of The Strategy Is What Doomed The iPhone 5c, Perloo, The Geometric Fairy Tale For iOS, Is Available Now In The App Store, and Luminetic Land: Light Stars To Win In This Simple, Addictive Physics-Based Puzzler. 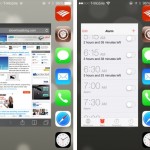 Cydia Tweak: RocketLauncher Can Add A Powerful App Launcher To Your Lock Screen 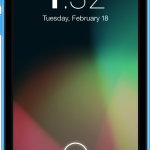 Cydia Tweak: Bring An Android-Inspired Clock To iOS With JellyLockClock7
Nothing found :(
Try something else