Mobius is a nice, simple jailbreak tweak that lets users continually swipe through their iOS pages. Much like the popular package Wraparound, Mobius brings “infinite” scolling to iOS – but with one major difference: it’s available for iOS 7.

Wraparound was definitely a useful package – especially for those who had a bunch of pages on their iOS device – since it allowed users to go straight from their last page to their first page with a single swipe. The problem, though, is that Wraparound hasn’t been updated to work with iOS 7.

Granted, iOS device users perhaps don’t feel they need Wraparound as much as they did before – now iOS folders are available, most of us have probably been able to reduce the number of pages on our iPhones right down to two or three. If you feel you still need a jailbreak tweak like Wraparound in your life, however (after all, who doesn’t enjoy infinite scrolling?), then Mobius is the package for you.

You can pick up Mobius free of charge from the Cydia Store, and it’s available through developer Tyler Casson’s private repository (“repo.tylercasson.com”). Besides bringing continuous scrolling to iOS pages, the jailbreak tweak also works with iOS folders, too, which is a useful addition.

Prospective users should note that Mobius isn’t compatible with the popular Barrel tweak, but Casson explains that it should work nicely alongside most of the Cydia Store’s popular packages. It’s optimized for iOS 7, as mentioned, and is compatible with ARM64-devices.

Is Mobius a jailbreak tweak you’ve installed on your iOS device?

See also: Google Overtakes Apple According To One Closely Followed Measure, Photofy 2.0 Lets You Enhance Your Photos With Stickers, Backgrounds And More, and Plan What’s Next For You And Your Friends With The Newly Updated Nextt App. 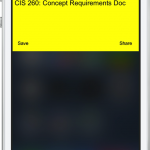 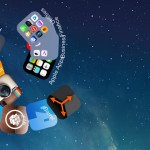 Cylinder: A Barrel-Like Jailbreak Tweak That You Can Code Yourself
Nothing found :(
Try something else