Nintendo might be adamant that its countless titles aren’t going to make full and complete leaps to iOS, but that hasn’t stopped a bunch of unofficial emulators from reaching Apple’s mobile OS in recent years. One of the most recent is also the most unique: it allows users to load NES ROMs on their iPhone and to play them using the Safari Web browser – best of all, though, no jailbreak is required.

Most of the previous non-jailbreak emulators we’ve seen have appeared hidden in iOS applications, and as such, these various apps have subsequently been removed from the App Store by Apple. There are solutions available in the Cydia Store, of course, but not everybody is comfortable jailbreaking their iOS device.

One interesting new Web app called webNES, however, allows users to play Nintendo games and even to upload ROMs to the service free of charge, without requiring its users to have a jailbroken iOS device. The website, which came to our attention from iDownloadBlog, utilizes Dropbox to make this possible: all you’ll need to do is add an NES ROM to your Dropbox folder, touch the “+” icon which appears in the top-right of the Web app, and your chosen game will be available to play.

Best of all, the entire experience runs within Safari. As iDownloadBlog explains:

The experience is very jittery at times, but for a game running in the stock Safari browser, it’s still a sight to be seen in person. I highly recommend that you try this out if you have any legit NES ROMs laying around.

The service works in both portrait and landscape mode, and virtual buttons allow users to control whatever game they’re playing as they would any usual App Store title. Plus, because webNES runs in any mobile browser, you’ll be able to load it up on your iPad, too.

Interested? To try the service out for yourself, just plug "webn.es" into Safari on your iPhone, iPad, or iPod touch, and take one of the preinstalled ROMs for a spin. 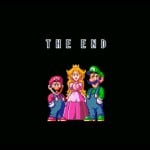 After All That, Nintendo Confirms: No Games For iOS, But A 'Service App' Is Incoming 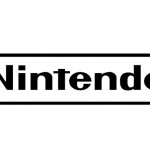 Nintendo Denies Report That It Will Bring Mini-Games To Mobile Devices
Nothing found :(
Try something else