You are using an outdated browser. Please upgrade your browser to improve your experience.
by Aldrin Calimlim
February 11, 2014
MOGA has just slashed the price of its Ace Power iOS 7 game controller, following similar moves by SteelSeries and Logitech. Last month, SteelSeries officially released its Stratus Wireless Gaming Controller for $79.99, down from its original price of $99.99. Logitech then followed suit by lowering the price of its PowerShell Controller from $99.99 to $69.99. Now, it's MOGA's turn to discount its Ace Power controller, which was actually the first game controller launched for iOS 7. As announced by MOGA (via MacRumors), the gaming peripheral is currently available for $79.99, 20 percent off its regular price of $99.99:

We wanted to let you know that as of this morning, the price of MOGA ACE POWER has been lowered to $79.99 MSRP in Apple Stores and most other retailers. These past few months have seen a huge influx of great controller-enabled iOS games onto the App Store, and to-date, MOGAAnywhere.com has curated a list of more than 120 of these games that now work with the MOGA ACE POWER controller. 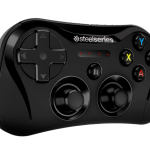 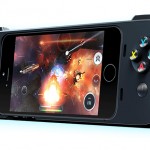 Following MOGA, Logitech Launches Its Own PowerShell iOS 7 Controller
Nothing found :(
Try something else