You are using an outdated browser. Please upgrade your browser to improve your experience.
by Aldrin Calimlim
February 19, 2014
"Significantly bigger worlds" are coming to Minecraft - Pocket Edition. That's according to Mojang itself, the indie developer of the hugely popular Minecraft sandbox game. As noted by Polygon, Mojang has announced what's in store for the iOS and Android edition of Minecraft in a new blog post:

We’re working on restructuring a lot of code to allow significantly bigger worlds in future updates. We’re also updating the AI, inventory, and a bunch of other things. Unfortunately we don’t have a release date yet, but so far, everything is going to plan. 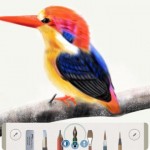 Pen & Ink Goes 3.0 With Redesigned Interface, New Brushes And More Features
Nothing found :(
Try something else