You are using an outdated browser. Please upgrade your browser to improve your experience.
by Brent Dirks
February 12, 2014
Apple is planning to introduce its next-generation Apple TV as early as April. That’s according to a new report from Bloomberg. But buyers might have to be patient. According to the report, it could be near the end of 2014 before the hardware is actually on sale:

Apple is aiming to have the device available for sale by the Christmas holidays, though the release date could change because the company is still in the process of securing new agreements with programming and distribution partners, said two people, who asked not to be identified because the plans are private.

Bloomberg also says that the device will plug into a TV set and feature a faster processor and an improved UI. Interestingly, Apple is apparently in talks with Time Warner Cable for some type of partnership. Earlier this week, references to the next-generation box were spotted inside iOS 7 software builds. Along with true gaming support, the new Apple TV could even feature a built-in AirPort Express and TV tuner. If the report holds up, it would definitely be an interesting sales strategy. I don’t see why Apple would wait so long between introducing the device and allowing the public to purchase it. While a similar strategy was used with the new Mac Pro, that desktop computer is a niche product. For other news today, see: Future Apple iOS Devices To Be Thinner, Lighter And Have Larger Displays, Apple's iPad Air Has The Longest Lasting Battery Among Current Tablets, and Report: Apple Is Working On A New Product Category Called The 'iAnywhere'. 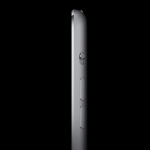 Future Apple iOS Devices To Be Thinner, Lighter And Have Larger Displays 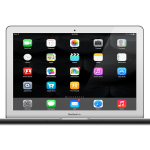 Report: Apple Is Working On A New Product Category Called The 'iAnywhere'
Nothing found :(
Try something else