Scotland Yard, headquarters of London’s Metropolitan Police Service, has just announced a new £200 million ($360 million) tablet investment scheme, part of which has seen the Old Bill trial-purchase a total of 600 iPad minis. Apple’s small-size tablets will be used to replace traditional notebooks for police working in certain London boroughs, according to a recent report.

The news comes in an article published by the Financial Times, which reached us from iDownloadBlog. For police working in both Hammersmith and Fulham, custom iOS applications running on iPad minis will allow constables to record crimes and take statements. These special iPad apps will also be used to receive information “like directions to the nearest police department, nearby gang members, the number of repeat victims in any given area, and more,” iDownloadBlog notes.

Scotland Yard sees this move as being particularly important since it’ll allow officers to complete office work from the streets, to an extent. Richard Thwaite, chief information officer of the Metropolitan Police, explained:

We want the officers out there fighting crime on the streets rather than sitting in a police station tapping on a keyboard, not solving anything. Even if they are in Starbucks keying in details, then at least they are out there, visible and accessible and reassuring to the public.

Besides this, the change should also save Scotland Yard up to 30 percent in costs, too, even if it’ll see the police force purchase some 15,000 tablets.

Criticism so far surrounds the practicality of officers attempting to use an iPad outside, possibly in the rain, and others have argued that the anticipated savings won’t be as great as Scotland Yard predicts. This aside, however, the fact that London’s police will have access to information databases from mobile devices is a big deal, and it’ll be interesting to hear more concerning the scheme once it’s properly in place.

In the meantime, see: Chevrolet Airs A New Equinox Ad, Shows Off Siri Eyes Free Integration, Still Got Flappy Bird Installed? Then Your iPhone Could Be Worth A Lot, and Simple Journal App My Wonderful Days Gains Video Support, Gallery View And More. 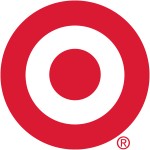 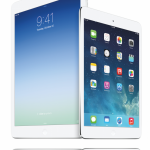 Report: Many Were Buying Apple's First Generation iPad During The Holiday Quarter
Nothing found :(
Try something else