You are using an outdated browser. Please upgrade your browser to improve your experience.
by Joe White
February 10, 2014
Update: And they're gone.

The former App Store hit Flappy Bird scored upwards of $50,000 per day in ad revenue for its developer, yet it looks like even with the game now gone from the App Store, the money-making hasn’t ceased. Over on eBay, it appears that iPhones with the now-unavailable Flappy Bird installed are fetching as much as $100,000 in bids – and what’s more, this isn’t isolated to just one lot.

Instead, countless eBay lots are offering “collectable,” “rare” editions of iPhones and Android-powered smartphones with Flappy Bird installed. Though one auction, which reached us from iDownloadBlog, has a current bid of $99,900, others are presently sitting at around the $50,000 mark. The description for this particular lot reads:

Selling a 16GB used iPhone 5S AT&T that has flappy bird (sic) game installed on it. This game is not available for download anymore anywhere … Comes with original box and charger.

The seller has a positive feedback rating of 121, and has been selling on eBay for some time; the lot itself already has a rich bidding history of 74 bids. Could this be a legitimate auction? Others seem to be hoping to cash in on the app’s removal, too, and are offering Flappy Bird handsets for a range of different prices.

Flappy Bird left the App Store yesterday, making way for a handful of Flappy Bird inspired iOS apps to ascend through the charts. Developer Dong Nguyen cited an aversion to fame and popularity as being a major reason behind the app’s removal, though some have suggested that a legal dispute could rather have been the real cause.

Either way, it seems the only way for newcomers to enjoy an authentic Flappy Bird iOS experience is for them to pick up a used handset online. But with eBay bids appearing to soar ever higher, it looks like such a move could prove outrageously costly – for now, at least.

Our advice? Grab an alternative app, instead – the games mentioned in this article won’t cost you a penny. 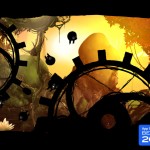