You are using an outdated browser. Please upgrade your browser to improve your experience.
by Brent Dirks
February 11, 2014
The front-facing camera in the next-generation iPhone is poised to take a big leap forward in quality. According to the Nikkei Asian Review, Sony is in negotiations with Apple to double the amount of camera components it will provide for a new handset. Since Sony already provides the large majority of CMOS sensors for the iPhone’s rear camera, the publication believes Apple will use the company’s technology in the front-facing camera:

The American smartphone maker apparently uses parts from suppliers in the U.S. and elsewhere for the front camera. With more customers expected to use smartphones for video calls, it sounded out Sony, which is known for its high-definition technology, about a larger sensor supply.

That’s definitely great news for heavy FaceTime users, and even selfie fans. The current front-facing camera in the iPhone 5s records 720p video and takes 1.2 megapixel photos. News continues to trickle out about the so-called iPhone 6. Just today, a new report says the handset might not contain a sapphire screen after all. And the Touch ID sensor of the new device will apparently be produced in the same manner as the one found in the iPhone 5s. For other news today, see: New Apple Job Listing Hints At 'New Platforms', AppAdvice International: Siri, Brazil And Scotland Yard's Tablet Investment, and Flappy Bird Developer Speaks Out For First Time Since Clipping Hit Game's Wings. 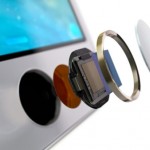 Current Touch ID Sensor Production Method To Be Used For The iPhone 6
Nothing found :(
Try something else