You are using an outdated browser. Please upgrade your browser to improve your experience.
by Bryan M. Wolfe
February 14, 2014
What’s it going to be Apple? Is the next-generation Apple TV going to be more like Microsoft’s Xbox One and add gaming support, or is it going to help reinvent television viewing, or be a combination of the two? Apple isn’t talking, of course, but we could know as soon as April, when Cupertino may finally release its first new Apple TV since 2012. Back in January, we wondered whether the Apple TV should become a gaming device. Now, we’re asking about the future of the Apple TV in the living room. Has Comcast’s decision to buy Time Warner Cable nixed Apple’s original plans for the “hobby” device? Should Apple even be working on an Apple TV refresh, and instead concentrate on the company's long-rumored iWatch? AppAdvice and Polar have once again teamed up to take the pulse of our readers. The topic right now: What’s to become of the Apple TV? You decide by answering the questions below. To move between questions, click on the arrows. See also: How To Spend A $25 iTunes Gift Card For Feb. 14, 2014, Apple Pushing Ahead With 'Less Ambitious' TV Service, Report Claims, and Report: New Apple TV Hardware Will Be Announced As Early As April. 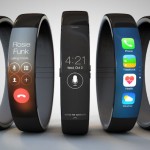 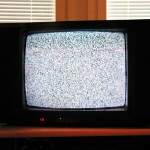 Comcast Might Have Just Screwed Up Apple’s Television Plans, Or Not
Nothing found :(
Try something else