There are plenty of Winterboard themes available in the Cydia Store (and even more now, following Winterboard’s update for iOS 7 and ARM64-iDevices), but one of the best-looking themes for iOS 7 has only just made an appearance. Called StayClassy, the new jailbreak theme offers iDevice users a minimalistic new look, and already the package supports 80 built-in and third-party iOS applications.

You can pick up StayClassy for $0.99 in the Cydia Store – it’s usually available for $2.50 – and the jailbreak theme requires Winterboard (which is free to download). Once downloaded and installed, your iOS app icons should, for the most part, be replaced by the more minimalistic, gray-, green-, and burgundy-centric color range implemented by StayClassy. As you can see in the above image, StayClassy might seem a lot different to iOS 7, but it nevertheless looks and feels like something designed by Apple itself.

Besides Apple’s built-in iOS apps, a huge range of third-party applications (including Evernote, Facebook, Instagram, Twitter, and YouTube) are supported by the jailbreak theme, and even more should be added in the near future. Though with 80 supported apps on board, StayClassy should fit in well with your iDevice, even if you do have to hide a few unsupported applications in the meantime.

Updates adding support for more apps will be appearing every week, and you can even request icons for your favorite applications using Reddit. Plus, a Photoshop template will be released from the jailbreak theme’s developer – Aleks Bahdanovich – allowing users to create their own icons, if they’re skilled enough.

StayClassy is a paid jailbreak theme, and it’s presently retailing for $0.99 in the Cydia Store. Do remember that you’re not only paying for the package itself, but also for the weekly updates Bahdanovich has promised to publish over the course of the coming months.

Check out the new package now, or see: Take That, T-Mobile: AT&T Announces Its ‘Best-Ever’ Family Price Plans, A5(X) iDevices Can Be Jailbroken ‘For Life’ Thanks To New iBoot Exploit, and Today’s Best Apps: NewsGuru And MarcoPolo Ocean. 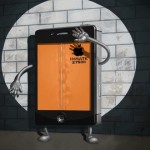 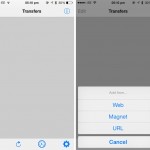 The Remix To iTransmission: Popular Jailbreak Torrent Client Updated For iOS 7
Nothing found :(
Try something else