You are using an outdated browser. Please upgrade your browser to improve your experience.
by Aldrin Calimlim
March 22, 2014
Even as it's celebrating its eighth birthday, Twitter is preparing to kill off one of its services, the less than stellar Twitter #music. Released on iOS and on the Web in April last year, Twitter #music offered a new way of finding new music by using tweets and follows on the popular social networking site. It proved to be a mild success shortly after its launch, as it once held the No. 6 position in the App Store's Top Free Apps chart. But months later, Twitter #music's mobile app downloads and user engagement had significantly dwindled. Indeed, as early as last October, it had been reported that Twitter was already considering shutting down the service. Well, the time has come: today will be remembered (or not) as the day Twitter #music died. Earlier today, the official Twitter account of the Twitter #music team tweeted: "Later this afternoon, we will be removing Twitter #music from the App Store. If you have the app, it will continue to work until April 18." As expected, the app is no longer available in the App Store. But as noted in the tweet, the service itself will continue to operate until April 18, which gives Twitter #music four more weeks to play its part. In a subsequent tweet, the Twitter #music team said that it will "continue to experiment with new ways to bring you great content based on the music activity we see every day on Twitter." 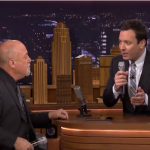 Apple Adds New Drum Kits And Brings Back MP3 Export To GarageBand For Mac
Nothing found :(
Try something else