You are using an outdated browser. Please upgrade your browser to improve your experience.
by Joe White
October 20, 2013
Twitter #music has been available to download in the App Store for six short months, but the micro-blogging social network is already considering killing off the service, according to a recent report. The news comes from AllThingsD, which explains that Twitter is "strongly considering killing off its Twitter #music mobile application, according to multiple sources familiar with the matter." The app first launched for iOS back in April, and once held the No. 6 position in the App Store's list of Top Free Apps. Since, however, Twitter #music has seen "abysmal" numbers in terms of both mobile app downloads and user engagement, sources told AllThingsD. As such, the powers that be are seriously contemplating whether the end could be nigh for the tweet-powered music discovery service. The publication explains:

As Twitter mulls how to end its #music effort, the company is likely to further chase its cross-platform strategy of partnering with other companies and brands on music-related deals. Twitter partnered with Apple earlier this year, producing a trending playlist station for iTunes Radio, Apple’s Pandora-like music initiative for its online music sales portal. Twitter also added its playlists to Rdio, another online music service.

Apple's iTunes Radio, of course, is a major competitor for rival music streaming and music discovery platforms. Free of charge for users in the United States, the service allows users to stream tracks inside of the iTunes desktop app and the Music app for iOS, and to purchase songs directly using the iTunes Store. Twitter is reportedly in the process of restructuring its #music team, and as such it could be that the service lives on. However, as AllThingsD's report affirms, the future doesn't look bright for the music discovery service. We'll keep you updated with further information as we receive it. In the meantime, see: Dollarbird Creator Launches Tweet7, A Twitter App That's Truly Inspired By iOS 7, The M7-Powered Fitly App Gamifies Motion-Tracking To Make Staying Fit Fun, and The AppAdvice Week In Review: Looking Ahead To Apple’s Oct. 22 Special Event. 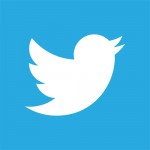 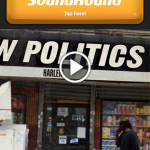