OS X 10.9.3 beta 1 reached Mac developers a matter of hours ago, and now it's been discovered that the updated desktop OS makes one useful change to the way external 4K displays are handled.

Prior to OS X 10.9.3, connecting a 4K display up to a MacBook Pro with Retina display saw OS X reproduce content on a larger scale, spacing elements out rather than doubling up pixels. As such, the “Retina”-grade resolution we're familiar with on our iPhones, iPads, and MacBooks wasn't reproduced.

Now, however, as 9to5mac explains developers with access to OS X 10.9.3 beta 1 can connect up an external 4K display and have their monitors “run the Mac operating system at a pixel-doubled 'Retina' resolution.” In a new System Preferences pane (pictured above), users can configure if and how their display is scaled, and rotation can be toggled, too.

Our tests connected a late-2013 MacBook Pro with Retina display to a 4K Seiki monitor over HDMI. Running OS X pixel-doubled on a 4K display means content is much sharper than before. It is the same as running a Retina MacBook Pro at standard Retina resolution or as using a Retina iPhone or iPad. The screen pushes double the resolution in the same amount of space in order to provide the user with sharper graphics.

There are also a number of reports indicating that OS X 10.9.3 is now allowing the late-2013 MacBook Pro with Retina display to run 4K monitors at 60 Hz. This had previously been limited to 30 Hz, and the upgrade should result in a smoother experience for users of external 4K monitors.

All of this could indicate that we're nearing the launch of Apple's own anticipated 4K display, which has been rumored for some time. At the very least, though, the change means OS X users with external, third-party 4K monitors will be able to enjoy a much-improved experience once OS X 10.9.3 is released later this year. 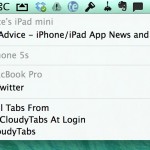 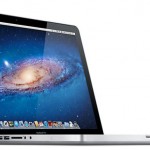