Though changes in the recent Apple TV 6.1 update might seem minimal, it’s been discovered that the new software now allows Apple’s set-top box to search for AirPlay connections using Bluetooth, eradicating the need for Bonjour.

The alteration makes it possible for I.T. administrators working in schools and businesses to establish AirPlay connections between iOS devices and Apple TVs even if their network blocks Apple’s Bonjour configuration software.

It was discovered recently in a report that was subsequently picked up by John Gruber’s Daring Fireball. The original article explained:

Here’s one that will make educators and education network administrators realllllly happy. There’s a hidden gem in the AppleTV 6.1 update that was released today.

In addition to bonjour negotiation for AirPlay, iOS 7.1 devices will also look for AirPlay sources over bluetooth when doing it’s (sic) scan! This means you do NOT need bonjour to AirPlay.

In order to take advantage of the change, you’ll need an Apple TV running the 6.1 update, an iOS 7.1-powered device, and IP connectivity between both the Apple TV and your iOS device. The publication notes that the feature doesn’t yet support OS X, but this could indeed arrive with a future update.

Apple recently hinted at the growing use of Apple TVs as replacement projectors in schools and business last week, when it added the set-top box to its Apple Loyalty Program scheme.

This allows establishments spending more than $5,000 per year on Apple products to access discounts on devices and accessories. Besides adding the set-top box, Apple also added discounts for unlocked iPhones and increased the discounts applied to Macs and accessories.

The Cupertino, Calif. company has also recently overhauled its iOS deployment features with iOS 7.1, enhancing mobile device management (MDM) and making it easier for I.T. admins to configure and deploy iOS devices in the workplace. Main changes include “zero touch” setup, remote reconfiguration, and an easier means of signing under–13-year-olds up for an Apple ID.

Both iOS 7.1 and Apple TV 6.1 are available to download now from Apple. The Apple TV software update also makes it less complicated to hide unwanted channels.

See also: Balllin Takes A Shot At Being The Best Dribbble Client For iOS With New 2.0 Update, Fulfill Your Sims’ Life Dreams And Pass On Their Legacies In The Sims FreePlay, and Get In On The March Madness Action With CBS Sports’ Bracket Games. 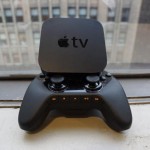