Soon, you’ll be able to pick up your favorite meal from U.S. chain Burger King and pay using an iPhone handset, according to a recent report from Bloomberg.

The move will see the second-largest burger chain in the United States release a dedicated mobile app, and this will feature a Passbook-style virtual card that users can load cash onto and must scan in order to make payments – though Bloomberg’s article doesn’t mention whether Apple’s Passbook will be supported by Burger King’s upcoming application.

Besides bringing mobile payments to smartphones, the Burger King app will include “coupons for deals, such as $1 any-size drinks and free fries, as well as nutrition facts,” the article adds. The option to place an order to pick up at a later time will also be included.

Through creating a more convenient, smartphone-powered payment option, the chain is hoping to encourage “millennial diners” – those in the 18 to 35 age bracket – to call into Burger King more often.

What younger consumers are looking for is the ability to use their phones to do everything. The cell phone has replaced the wallet.

In a statement, Burger King confirmed that the new system will be added to all of its 7,000 U.S. locations in “a few months.” The ability to place orders ahead of time could appear sooner, before the app launches, a Burger King spokesperson added.

Countless iOS applications have so far integrated with Passbook, and a number of these – like Starbucks – allow users to make payments, earn rewards, and even leave tips using an iPhone handset.

In the meantime, see: Valued At Over $100 Billion, Apple Is Reportedly The Most Valuable Brand In The US, Block Fortress: War Gains Loads Of Improvements Through First Ever Update, and Today’s Best App: Vocabulary.com. 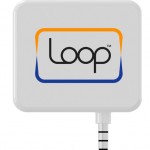 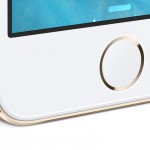 Apple Has 1.67 Billion Reasons To Introduce A Touch ID Mobile Payment System
Nothing found :(
Try something else