You are using an outdated browser. Please upgrade your browser to improve your experience.
by Joe White
March 26, 2014
Martin Hajek is at it again, and has published an interesting iPhone 6 concept design in collaboration with iCulture.nl. As you’d expect the concept shows off an anticipated iPhone handset that features a bigger screen and comes in three colors. But Hajek’s latest concept imagines a radically different design for the iPhone 6 – one that leaves curves behind and adopts a surprisingly square-like appearance. Hajek’s iPhone 6 concept (pictured below in more detail) actually reminds me a lot of Apple’s iPod nano because of its sharp, square features. The concept imagines a handset that’s even thinner than the iPhone 5s (at 5.6 mm, compared with 7.6 mm), and the Apple logo doubles as the smartphone’s antenna in order to allow for a near-unibody design. Curiously, though, the pictured iPhone 6 doesn’t add additional icons or rows of icons to the iOS dock or Home screen. Depending on the size increase of the iPhone 6’s screen, this could be something Apple chooses to do; Cupertino did the same with its 4-inch iPhone 5 (though the change in dimensions, which added length to the screen, as opposed to length and width, made this somewhat easier to achieve). Of course, all of this is mere speculation, but it’s nevertheless fun to see how the present iPhone 6 rumors could materialize in one single product. As a reminder, Apple is expected to launch a larger, sapphire-coated iPhone handset later this year. It’s been said than an iWatch should accompany this release, and as a result we’ve also heard that no new iPad mini will appear from Apple until 2015. How do you like Hajek’s concept, would you queue to get your paws on the handset? See also: BitTorrent Sync For iOS Updated With UI Redesign And Other Improvements, Clash Of Clans Creator Supercell To Release Boom Beach Later This Week, and Apple Updates iTunes Movie Trailers App With Rotten Tomatoes Reviews And More. [gallery]

Apple's 500 Millionth iPhone Has Been Sold 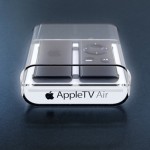 The Apple TV Meets Google's Chromecast In This 'Apple TV Air' Concept
Nothing found :(
Try something else