Colendar is a brand new jailbreak tweak that allows users to spice up the iOS Calendar app icon. You can pick up the package now on the Cydia Store for $1.99, and it’s optimized for iOS 7 and ARM64-devices.

Once Colendar has been downloaded on your iOS device, you’ll be able to start tweaking the appearance of the Calendar app from inside the built-in Settings application. Here, the jailbreak tweak adds a new preferences pane, and users can begin to configure how they’d like the package to alter their iOS device.

Up for configuration are two options: the color of the date displayed on the Calendar app icon, and the color of the weekday text. Both can be changed to colors ranging from “baby blue” to “light green,” though unfortunately, such alterations do require a respring in order for them to take effect.

You can also configure text offsets under an “Advanced” pane in Colendar’s preferences, and an “Apply Changes” button makes it easy to respring an iOS device once the above options have been configured.

The $1.99 price tag seems a little high for Colendar, since many more fully featured packages are available for less. However, if you’re a jailbreak themer who’s been looking to alter the Calendar app icon’s text, Colendar looks to be the perfect jailbreak tweak for the job.

As mentioned, Colendar can be downloaded on the Cydia Store for $1.99, and it’s optimized for iOS 7 and ARM64-devices. 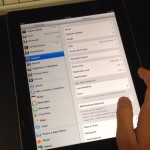 Hacker Gets iPad To Triple-Boot Between iOS 5, iOS 6 And iOS 7 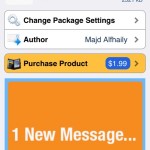