One recent addition to the Cydia Store makes it easier than ever to navigate through playing video. You can pick up the package – called VideoGestures – free of charge now, and it's optimized for both iOS 7 and ARM64-devices.

Once you've got VideoGestures installed and running on your iOS device, as its name suggests the package adds gestures to playing video. Specifically, two types of gestures are added: one for adjusting the volume with a swipe up or down on the screen, and another for skipping through the playing video with a swipe left or right.

You can adjust how VideoGestures works over in the Settings app, where a new preferences pane is added by the package. There's a kill-switch for the jailbreak tweak, and sliders allow users to alter the ratio of volume and video scrolling. It's also possible to invert gestures, too, using a “Natural Scrolling” toggle button.

For those who often view video on an iPhone, where the iOS user interface is smaller and more difficult to interact with, this jailbreak tweak will be a welcome addition to Apple's mobile OS.

In fact, it's a package that I could see being implemented within a future version of the iOS – something Apple has done with other popular jailbreak tweaks on more than one occasion.

Until that happens, jailbreakers can pick up VideoGestures on the Cydia Store now, and as mentioned it's available free of charge. 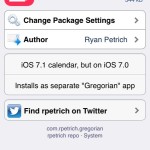 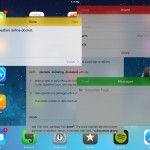 Cydia Tweak: ProWidgets Promises To Take iOS Multitasking To The Next Level
Nothing found :(
Try something else