You are using an outdated browser. Please upgrade your browser to improve your experience.
by Aldrin Calimlim
March 20, 2014
Epic Games has just launched Unreal Engine 4, the latest generation of its popular cross-platform game engine. Perhaps most notably, Unreal Engine 4 is available to developers via subscription. Accessible to small indies as well as large triple-A game developers, the subscription is priced at just $19 per month. But it already provides everything the engine has to offer, including the Unreal Editor and the complete Unreal Engine 4 C++ code. Epic notes:

This is the complete technology we at Epic use when building our own games, forged by years of experience shipping games like Gears of War for Xbox and Infinity Blade for iOS, and now reinvented for a new generation. Having the full C++ source provides the ultimate flexibility and puts developers in control of their schedules and destinies: Whatever you require to build and ship your game, you can find it in UE4, source it in the GitHub community, or build it yourself – and then share it with others.

The subscription also gives developers access to the entire Unreal Engine 4 ecosystem, allowing them to chat in the forums, participate in the AnswerHub Q&A, and contribute to the wiki. The ecosystem also includes the App Store-like Marketplace, where developers can post their games, both paid and free. Shipping commercial games with Unreal Engine 4, by the way, entitles Epic to a 5 percent cut of the gross revenue. For example, if an Unreal Engine 4-powered game makes $100 in the App Store, $70 is given by Apple to the developer, but the developer would have to pay Epic $5 (5 percent of $100). If you're interested in developing games with Unreal Engine 4, you can get the engine now on the Unreal website. Note, though, that being the first release, it's not without its shortcomings. According to Epic, while already powerful, the initial version of Unreal Engine 4 offers limited support for OS X and Android, requires a Mac for iOS deployment, and includes sparse C++ programming documentation. As mentioned, Unreal Engine 4 is available for $19 per month. Last month, it was reported that Rodeo Games had become the first independent game developer to secure a license for Unreal Engine 4. In partnership with Epic, it confirmed that Unreal Engine 4 would be integrated into at least one of its developer's future titles. See also: Yahoo Launches Games Network For Devs And New Classic Games Site For Players. 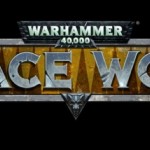 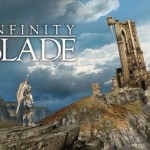 Mobile Gameplay Recording Is Coming To Unreal Engine-Powered iOS Games
Nothing found :(
Try something else