Britain’s Chancellor of the Exchequer George Osborne could have hammered the final nail into the coffin of £0.69 app downloads with his recently announced budget, reports the Guardian.

Through closing “a tax loophole that meant consumers were paying VAT at very low foreign rates on online purchases of books, music and apps,” the new budget may see iTunes Store and App Store prices in the country rise by as much as 20 percent from next year.

At the minute, companies including Apple and Amazon are able to sell content in Britain through Luxemburg, where the tax rate is as low as just three percent, the publication adds. Value added tax (VAT) in Britain, however, is indeed charged at a 20 percent rate.

This is of course bad news for Brits, who saw the minimum price of iOS apps rise from £0.59 to £0.69 back in 2011. The official budget documentation explained:

As announced at budget 2013, the government will legislate to change the rules for the taxation of intra-EU business to consumer supplies of telecommunications, broadcasting and e-services. From 1 January 2015 these services will be taxed in the member state in which the consumer is located, ensuring these are taxed fairly and helping to protect revenue.

Some £300 million is expected to be saved once the move has been executed, according to the Guardian.

The article continues to note that research from Greenwich Consulting has even suggested that Britain could have funded the 2012 Olympic Games from lost digital services tax between 2008 and 2014.

As noted above, the change is set to come into effect from Jan. 1, 2015. We’ll let you know once information concerning Apple’s response to this move surfaces online.

In the meantime, see: Cydia Tweak: Appellancy Brings Facial Recognition To Apple’s iOS, Apple’s Maps App Gets 3-D Flyover Support For Perth, Saint-Tropez And Cordoba, and Hue Who? LG Takes On Philips With Its Own iOS-Connected Smart Bulbs. 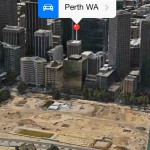