Over on AngryBirdsNest, you see, one eagle-eyed person spotted a silhouetted image (below) of Rovio's infamous birds dressed as a wizard, knight, and an archer in the company's video teaser of what it had in store for 2014 (above).

In all likelihood, then, the Angry Birds game in question is going to be set in an epic fantasy world in the vein of "The Lord of the Rings." Whether it's based on a popular epic fantasy franchise like "The Lord of the Rings" is, of course, yet unknown. This new game is not the first to be teased by Rovio this year. Last month, it teased a new Angry Birds title that turned out to be Angry Birds Stella, featuring the eponymous Pink Bird and her BFFs. See also: Rovio Adds More Electrifying Levels To Original Angry Birds Game's Short Fuse Episode, The Wingman Vs. El Porkador: Rovio Launches New Angry Birds Friends Tournament, and Rovio Updates Angry Birds Rio To Version 2.0 With New Episode Based On "Rio 2." 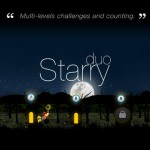 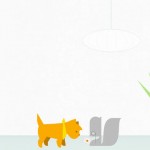 Help A Dreaming Terrier Solve Puzzles To Defeat A Diabolical Squirrel In Doggins
Nothing found :(
Try something else