You are using an outdated browser. Please upgrade your browser to improve your experience.
by Bryan M. Wolfe
April 22, 2014
Earlier this week, MacRumors reported that Apple was expanding its trademark protection to use the "Apple" name in association with jewelry and watches. The site now says Cupertino is registering the “iWatch” name under a shell company called Brightflash USA LLC. Both moves suggest Apple is getting closer to revealing its first wearable device. And when they do, it will be called the iWatch. According to the report, Brightflash is registered in Delaware, and the company uses the Corporation Trust Center in Wilmington, Del. as its address. It notes “that building serves as the home of hundreds of thousands of companies, streamlining the process of locating in Delaware and providing a level of anonymity for companies registering using the firm's services.” Last June, Brightflash filed its iWatch trademark application in the United States and elsewhere. In recent months, similar filings have occurred in Australia, Macau, and the United Kingdom. French site Consomac says that Brightflash is pursuing registration of the iWatch name in at least four dozen countries around the world. 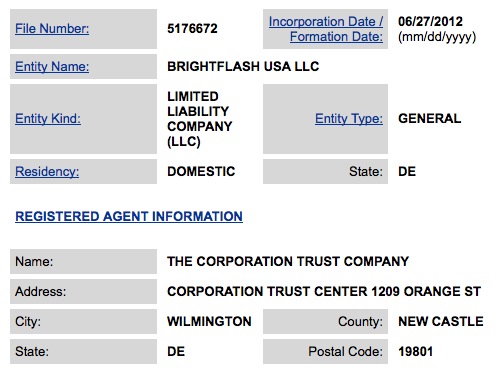 Interestingly enough, Brightflash is also attempting to trademark the Brightflash name. MacRumors says “it is unclear whether this is simply part of the process of pursuing the iWatch mark or if there is an additional feature or product that could use the Brightflash name.” This wouldn’t be the first time Apple used a shell company to acquire trademarks for an unannounced product. Apple used a shell company called IP Application Development to secure the name iPad, prior to the device's arrival in 2010. See also: Nike Fires Staff, Halts FuelBand Development Ahead Of Apple's iWatch Launch, and Are Apple And Nike About To Announce An ‘iWatch’ Partnership? Photo: iWatch concept by Anders Kjellberg 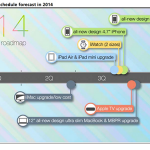 Is Apple Launching Two New iPhones In 2014?
Nothing found :(
Try something else