UnShaker7 is a recent addition to the Cydia Store that allows users to unlock their iPhone by shaking it. You can pick up the package for $0.99, and it’s optimized for both iOS 7 and ARM64-devices.

Before we go any further, it’s important to stress that UnShaker7 comes with more than a handful of flaws. But first, let’s provide an overview of the package. Once downloaded and installed, UnShaker7 adds a new preferences pane to the Settings app, and here users can enable or disable the jailbreak tweak outright.

When enabled, the idea is that users should be able to unlock their iPhone handset by shaking it. However, if you have a passcode enabled on your smartphone, then performing the required shake will simply take users over to the passcode input screen. From here, you’ll of course have to input your passcode before going any further, which seems to defeat the object of shaking-to-unlock in the first place.

UnShaker7 does include an “Override Passcode” toggle in its preferences, however this removes the passcode entirely from one’s iPhone. As such, a simple slide-to-unlock gesture can also unlock the smartphone in question without requiring a passcode to be entered, and from where we stand, the slide-to-unlock mechanism is a lot easier to perform than a “shake.”

Not only does the shaking option require more energy from its user, but the gesture isn’t always recognized by UnShaker7, either. Because of this, UnShaker7 is not a package we’d recommend to readers.

Here’s hoping UnShaker7 receives an update addressing some of these problems in the near future. Though a shake-to-unlock mechanism might sound like a fun addition, as far as this package goes, the experience made available isn’t great.

As mentioned, UnShaker7 is available for $0.99 on the Cydia Store, and it’s optimized for iOS 7 and ARM64-devices. 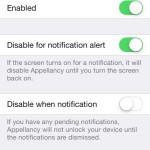 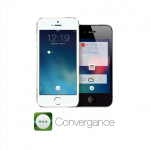