You are using an outdated browser. Please upgrade your browser to improve your experience.
by Brent Dirks
April 29, 2014
Once again, Google has come up with a plan to compete against the iPhone and counter Samsung’s growing power in the Android ecosystem. According to The Information, Google is discontinuing its Nexus program for something more bold:

The expensive effort involves dumping the four-year-old Google Nexus phone brand in favor of a new program called Silver, under which manufacturers and wireless carriers will effectively be paid to produce and sell high-end devices that closely adhere to Google specifications, according to four people briefed on the project. The requirements sharply limit the number of non-Google apps that can be pre-installed on devices, or mandate that phone owners be able to uninstall them.

While Android devices continue to lead the way in terms of market share, Apple and Samsung bring home the large majority of profits in the sector. But Google is hoping to change that. The report (via TechCrunch) also says that Google is prepared to spend as much as $1 billion to promote the devices in a number of ways, including ad campaigns, in-store displays, and employees trained to teach customers about the Silver handsets. Google will even require the phones have specific hardware features like waterproofing. Launching sometime next year, the program will first hit markets like United States, Germany, and Japan. But with the iPhone 6 reportedly launching sometime in late 2014, will it be too late for the Silver program to turn gold for Google? For other news today, see: Sprint Customers Will Receive Up To Six Months Of Spotify Premium For Free, What You Might Not Know About The Camera On Apple's Next iPhone, and Apple's Steve Jobs Tops CNBC's List Of The Top 25 Innovators. 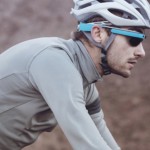 Google Glass To Add Text Message Support For The iPhone Later This Week
Nothing found :(
Try something else