You are using an outdated browser. Please upgrade your browser to improve your experience.
by Brent Dirks
April 16, 2014
Blizzard’s highly anticipated card game Hearthstone: Heroes of Warcraft has just landed on App Stores around the globe. The iPad game soft launched earlier this month in Canada, New Zealand, and Australia. I thought it might have been a few more months before Blizzard declared the game ready for primetime globally, but I’m glad to be proven wrong. A free-to-play card game, which is also available on the Mac and PC, allows players to build card decks centered around one of the nine character classes from the World of Warcraft series. Here's a new video. Click here if you can't see it. Even though iPad and iPad mini users don’t need to pay to download the game, there are a number of in-app purchase opportunities available to purchase new cards. Gamers can practice against an AI opponent or battle in one of two competitive game modes – The Forge and play mode. Blizzard promises that the game is easy to understand, even if you don’t have experience with Warcraft or other collectible cards games. And iPhone/iPod touch users shouldn’t feel left out. Blizzard is planning to introduce a version for those platforms sometime in the second half of this year. Definitely keep a look out here on AppAdvice as we will be bringing you a comprehensive review of the game soon.It can be downloaded here. 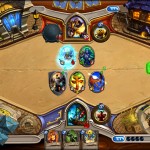 Blizzard's Hearthstone: Heroes Of Warcraft Starts Rolling Out On The iPad 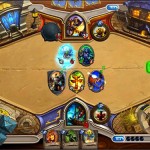 Hearthstone: Heroes Of Warcraft Now Available For The Mac And PC
Nothing found :(
Try something else