You are using an outdated browser. Please upgrade your browser to improve your experience.
by Brent Dirks
November 8, 2013
While we’ve known for a while that Blizzard is planning to bring the free-to-play Hearthstone: Heroes Of Warcraft to the iPad this year, the popular developer also announced some good news at the recent Blizconn 2013 opening ceremonies. According to Touch Arcade, the iPhone version of the card battle game will arrive in the second half of 2014. Even though the game is free, there will be a number of in-app purchases available to buy new card decks. Along with the iPad, the strategy game will make its way to the Mac and PC this year. Originally announced back in March, the cross-platform title will see gamers build card decks based around one of nine popular Warcraft character classes. Players will battle opponents to win new cards. Here’s an extensive trailer for the game. Click here if you can’t see it. Blizzard has said that the game will be easy to understand, even if you don’t have experience with Warcraft or other collectible card games. Along with being able to practice against a computer opponent, players can take advantage of two other types of competitive game modes. When we get more news about either version of the game, we’ll definitely let you know. For other app news today, see: Football Heroes Is Full Of Over-The-Top Pigskin Action, TuneIn Radio Gets An iOS 7-Inspired Look With A New Update, and PCalc Update Offers 64-Bit Support, Darker iOS 7 Theme And More. 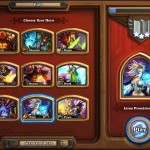 Hearthstone: Heroes of Warcraft Will Be Making Its Way To The iPad In 2013 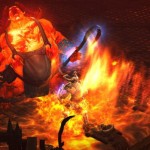 Diablo III Gets Retina Treatment For Next Generation MacBook Pro
Nothing found :(
Try something else