Apple is preparing to begin mass production of a 4.7-inch next-generation iPhone handset from next month, according to supply chain sources. However, the larger 5.5-inch smartphone we’ve already heard so much about “could be delayed,” the same report claims.

The news comes in an article from Reuters which cites “supply chain sources,” all of which asked not to be identified. The report notes that Japan Display, Sharp Corp., and LG Display “have all been tapped to make the screens,” which will be bigger than the four-inch panels used on Apple’s current-generation iPhone 5s handset.

We’d indeed heard previously that Apple could have two bigger iPhones up its sleeve for 2014, though Reuters adds that the 5.5-inch model has suffered production problems:

Both iPhone 6 screens are expected to use in-cell touch panel technology – built into the screen and allowing for thinner construction than with standard touch panel films - that was introduced with the iPhone 5, the sources said.

But due to difficulties with in-cell production technology for the larger 5.5-inch size, one of the sources said, a decision was made to begin mass production with the 4.7-inch version alone.

As such, production of the 5.5-inch model is expected to start “several months later, with the possibility of a shift to a film sensor instead of in-cell technology for that size,” Reuters explains.

Production is said to be commencing first with Japan Display in May, and other suppliers “are expected to begin output around June.” The handset – or handsets – should appear in September.

Besides featuring a larger-sized screen, the next-generation iPhone is also expected to utilize sapphire glass in its display. This will be produced by Apple in collaboration with the Arizona-based GT Advanced Technologies, and use of the ultra-durable material means Corning’s Gorilla Glass will be dropped from Apple’s iPhones.

Last week, a purported schematic of the iPhone 6 surfaced online, and a concept inspired by the drawings was published, too. Then just yesterday, the images of an in-development incarnation of the iPhone 6 were published by a so-called “Foxconn insider.”

We’ll keep you updated with further information concerning the handset as we receive it.

In the meantime, see: Apple’s Q2 2014 Financial Results To Be Announced On April 23, AppAdvice Daily: Microsoft Word On Your iPad And Movie Discovery Made Easy, and AppAdvice App Of The Week For March 31, 2014. 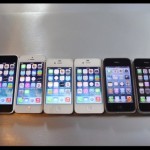 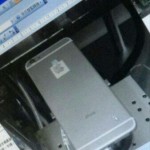