You are using an outdated browser. Please upgrade your browser to improve your experience.
by Bryan M. Wolfe
April 25, 2014
When the iPad Air and iPad mini with Retina display launched last fall, they came without Touch ID, the fingerprint reader technology Apple brought to the iPhone 5s just weeks before. That oversight is almost certainly going to be corrected later this year when next-generation iPads are announced, according to iDownloadBlog. Apple hasn’t officially confirmed that Touch ID is coming to the company’s line of tablets. Nonetheless, the clues are there. As UNiCORN recently announced on Twitter, Touch ID’s resources in Xcode clearly show the feature is coming to iPads.

Additionally, mentions of Touch ID for both the iPhone and iPad have been spotted in strings for a BiometricKit framework that first appeared in the iOS 7 Beta 4 SDK files. As iDownloadBlog notes:

A text string accompanying the ‘BiometricKitUI.axbundle’ folder describes an image showing a person “holding an iPhone with their right hand while touching the Home button with their thumb.” BiometricKit was later removed from the iOS 7 Beta 5 SDK, though smaller traces of it did appear in subsequent SDK releases.

Finally, we know that Apple is beginning a serious move into the mobile payment market. Touch ID is expected to play a central role in this push. As Brent Dirks relayed earlier this month, more than 600 million credit cards are tied to current iTunes accounts. Many of those credit card holders own an iPad, no? Apple is likely to unveil new iOS devices this fall. See also: Apple Expected To Bring Touch ID To Its iPads Later This Year, New Video Compares Fingerprint Scanning On iPhone 5s, Galaxy S5, and Apple's iPad Air 2 Could Be Even Thinner Than The Current Model. 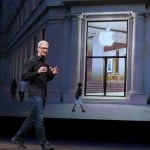