If you’ve been holding out for a fingerprint-scanning iPad Air or iPad mini, the good news is that Apple is expected to bring Touch ID to both products later this year.

Ming-Chi Kuo with KGI Securities made the prediction in a recent research note, and he’s expecting Touch ID variants of both the 9.7-inch iPad Air and the 7.9-inch iPad mini with Retina display to arrive on Apple Store shelves in Q3 2013.

The news reached us from MacRumors, which reproduced a section of Kuo’s research note:

We think the upgraded iPad Air will be launched earlier in 2014 than the iPad Air was in 2013. The biggest changes will be A8 processor, Touch ID (fingerprint recognition), and main camera resolution of 8MP.

Despite Kuo’s recent warning that no new iPad mini would launch in 2014, the analyst is now backtracking and explains that he’s expecting a Touch ID-equipped 7.9-inch tablet to launch in Q3, too. This new product will also feature an A8 processor and it’ll maintain the present-generation iPad mini’s form factor. In an attempt to boost shipments, Kuo also thinks Apple is planning on reducing the price of its small-size iPad.

Both upgraded tablets should appear earlier than they did last year, according to Kuo, and a Q3 2014 launch is likely. In the same research note, the analyst added that he’s expecting Apple to bring its iWatch to the market during the same quarter, and in an article published earlier today we outlined Kuo’s opinion on the product.

Kuo added in his research note that Apple is continuing to work on a 12.9-inch “iPad Pro,” but he isn’t expecting to see this larger tablet launch in 2014. We’ll keep you updated with further information as we receive it.

In the meantime, see: KGI Securities: iWatch Could Launch In Q3, May Cost Up To Thousands Of Dollars, Longtime Software Designer Greg Christie Reportedly Leaves Apple, and Facebook Will Soon Be Forcing Chatty Users To Download Its Messenger App. 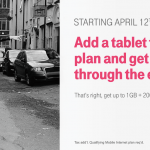 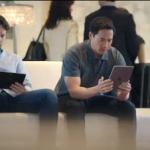 Samsung's Latest Ads Mock Apple's iPad, Of Course
Nothing found :(
Try something else