You are using an outdated browser. Please upgrade your browser to improve your experience.
by Brent Dirks
May 16, 2014
That was fast. Just days after a major iMessage bug was publicized, the lawsuits have begun. According to Bloomberg (via BusinessInsider) a suit has been filed in a San Jose, California federal court over the issue. A former iPhone user, who switched to Android, claims she stopped getting some messages. The suit is also seeking class action status. The issue happens when an iPhone user switches to a non-iOS device. Whenever someone who still uses an iPhone tries to send the user a message, it gets stuck in the so-called “iMessage purgatory.” Interestingly enough, even though the message is never received, the iOS device user still gets read receipts. Basically, when a former iPhone user stops using their Apple ID, the iMessage system is thrown for a loop. While iMessage is supposed to save users from having to text, I can definitely see how the bug could become annoying. Currently, as my colleague Bryan M. Wolfe noted on Wednesday, there’s only one solution so far. And it’s pretty time consuming:

Android users who are no longer receiving text messages from iPhone users should ask their friends to delete them from their contacts list. When they re-add your information, they should select Mobile, not iPhone, as the telephone number field.

For other news today, see: Pioneer Demos Apple CarPlay For The Aftermarket, Facebook Removes The Annoying Auto-Share Feature In Instagram, and Is This Apple's 'iPad Pro' Or A Fake? 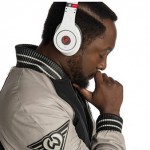 Musician Will.i.am Will Also Profit Nicely From Apple’s Deal For Beats Electronics
Nothing found :(
Try something else