You are using an outdated browser. Please upgrade your browser to improve your experience.
by Joe White
May 24, 2014

Despite previous reports claiming Apple's acquisition of Beats Electronics was “imminent,” Cupertino has yet to announce the high-cost purchase. Now, Billboard has put forward a list of reasons explaining why the estimated $3.2 billion deal could be held up.

One: it's a high-profile and expensive acquisition. It might sound obvious, but Billboard rightly notes that this would also be CEO Tim Cook's first major purchase. It makes sense for Cupertino to tread carefully, though Beats Electronics hasn't exactly helped itself in this respect.

Because Billboard also points towards the fact that Beats leaked the deal ahead of schedule, and that Dr. Dre celebrated being “the first billionaire in hip-hop” in a video that was far from family-friendly. Not only does this threaten Cupertino's image, but Apple is a company known for craving high degrees of control over … well, everything.

Apparently, the Apple family near imploded with outrage when that video went up on Facebook of an ‘excited’ Dr. Dre with R&B singer/former Coca Cola pin-up Tyrese. In the video they share, in language perhaps unsuitable for a family blog, how Dre will be hip-hop’s first billionaire and other nice things about Compton.

John Gruber has hinted as much in a series of posts published at his Daring Fireball feed: a number of stories show how Apple has reacted in the past when news has leaked from “partners” ahead of schedule (spoiler: Cupertino's reactions haven't been pretty).

The fourth and fifth reasons put forward by Billboard concern how Dre and Beats CEO Jimmy Iovine will fit into the company (should the pair be employed as “permanent consultants” or Apple executives?) and how Beats Music, in particular, might work alongside the iTunes platform. Specifically, it remains to be seen whether the pair could fit into Apple's corporate culture.

All of this means that a WWDC announcement might be an unrealistic expectation, though Billboard claims that all will become clear “next week.” 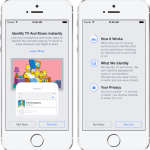 Updated: Facebook To Launch Shazam-Like Media Tagging Service For Mobile
Nothing found :(
Try something else