As a standalone case, Case [+] promises to protect its enclosed iPhone handset “without adding bulk or sacrificing clean lines of design,” according to Logitech’s Case [+] Web page. It looks as if the product comes in black only as of this writing, and as you’d expect, the case makes space for the iPhone’s physical buttons, ports, and speakers.

However, what sets Case [+] apart from other iPhone cases is its modular nature. Logitech includes a selection of [+] accessories with the product, and each one can be attached to the iPhone case itself in order to increase its functionality.

For example, [+] drive clips to Case [+] and allows users to attach their case-equipped iPhone to their car’s dashboard; a suction pad should mount the handset and hold it securely while its owner is driving. On the other hand, [+] wallet attaches to the back of Case [+] and allows owners to use their handset as a makeshift wallet.

Besides the above [+] accessories, Logitech also includes [+] tilt (a kickstand attachment) and [+] energy (a 2,300 mAh external battery case) with its smart accessory. More [+] products are set to launch in the near future, too, Logitech adds.

The good news for potential customers is that all four of the aforementioned [+] accessories are included with Logitech’s $199.99 Case [+].

For more information on the product, including the option of preordering a Case [+] of your own for $199.99, head over to Logitech’s Web page. Preorders for the product are expected to reach customers later this month. 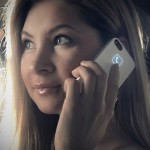 The Lunecase For iPhone Is Powered By Electromagnetic Energy 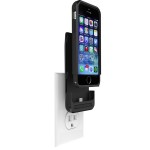 Prong’s New PWR Case For The iPhone Features A Backup Battery
Nothing found :(
Try something else