Developed by Jat Watson, PopShare works by plugging into Ryan Petrich’s popular Action Menu package. This jailbreak tweak adds a selection of additional options to the iOS copy-and-paste menu, and it also allows other developers to code and create their own plugins, too. PopShare is one such plugin, but others include Goo.gle Shortener (which we told you about back in April).

Once installed, PopShare can be enabled from inside Action Menu’s preferences: here, users will find a new “Share” toggle, and flipping it over is all that’s required to activate the jailbreak tweak.

After PopShare has been activated in this way, users should notice a new option in the iOS copy-and-paste menu labeled “Share.” From here, users can share the text in their current field via the iOS sharing screen, however there are a couple of big problems with PopShare.

First, even if users have highlighted specific text when activating the copy-and-paste menu, selected words won’t be shared to your chosen source; instead, the entire body of text will be shared. This came as a real surprise to see: you’d think that PopShare would allow users to pick out text to send to the Messages app, Twitter, or Facebook, but instead this isn’t the case.

Talking of the Messages app, this brings us to PopShare’s second flaw: a bug, spotted by iDownloadBlog, which prevents users from successfully sharing text using the iOS Messages application. “The Messages app loads, but then the keyboard and the body of the message immediately disappears into oblivion,” the website explains.

Because of this, prospective users are going to want to avoid PopShare at all costs. Once an update has ironed out the above problems, it could be a jailbreak tweak worthy of purchasing and installing.

But until then, iOS device owners should steer clear of PopShare.

See also: OTTTD, An ‘Over The Top’ Tower Defense Game, Is Launching For iOS On May 22, Booq’s Boa Flow Graphite Is Its Best iOS-Compatible Backpack Yet, and The Sword-Swiping Bonsai Slice Goes Free, Gets Universal Support And More. 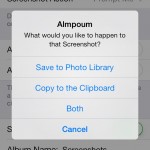 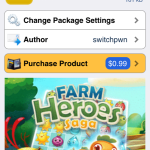 Cydia Tweak: KeyShortcut Pro Adds Custom Keys To The Popular Package
Nothing found :(
Try something else