You are using an outdated browser. Please upgrade your browser to improve your experience.
by Joe White
May 3, 2014

A verdict in the Apple-Samsung patent trial was reached on Friday, with a federal jury finding the South Korean company guilty of infringing several of Cupertino’s key patents and awarding Apple $119.6 million in damages.

Apple, on the other hand, was also found guilty of infringing a Samsung patent, however the sum Cupertino must pay is significantly lower at $158,400. The news reached us in a report from Re/code, which explains:

The jury found all accused Samsung phones infringed on the first patent at issue, the ’647 “quick-links” patent, but the devices did not infringe on two others related to universal search and background synchronization. For the ’721 “slide-to-unlock” patent, it ruled some Samsung products infringed, while others did not.

For a fifth patent, the judge had ruled that Samsung’s products infringed on the Apple patent, and the jury determined that infringement was willful.

However, in an update to its original article Re/code adds that following the decision, Apple’s lawyers identified one infringed patent for which damages were not awarded. After examining the patent, it was decided that the jury will meet again on Monday morning to revise its damages figure.

Apple was indeed found to have infringed a Samsung patent, however the jury determined that the infringement was not willful and as such the damages awarded to Samsung weren’t so great.

Of course, the $119.6 million award is far less than the $2.2 billion in damages Apple originally sought from Samsung. At the same time, however, it’s higher than the $38 million “at most” Samsung claimed it owed the Cupertino, Calif. company. In a statement provided to Re/code, Apple praised the jury’s decision:

We are grateful to the jury and the court for their service. Today’s ruling reinforces what courts around the world have already found: That Samsung willfully stole our ideas and copied our products. We are fighting to defend the hard work that goes into beloved products like the iPhone, which our employees devote their lives to designing and delivering for our customers.

Re/code adds that “both sides will likely ask Judge Lucy Koh to set aside the latest verdict and, failing that, will appeal the jury’s verdict.” Combined with the jury’s anticipated meeting on Monday to revise Cupertino’s damages award, such speculation means this clearly isn’t the last we’ll hear concerning the Apple-Samsung patent trial.

See also: How Would A Bigger, 4.7-Inch iPhone 6 Compare Against Samsung’s Galaxy S5?, AppAdvice Game Of The Week For May 2, 2014, and Apple Acquires Micro-LED Company LuxVue Technology. 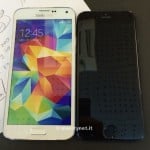 How Would A Bigger, 4.7-Inch iPhone 6 Compare Against Samsung's Galaxy S5? 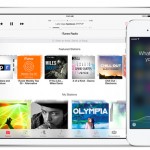