You are using an outdated browser. Please upgrade your browser to improve your experience.
by Brent Dirks
May 22, 2014
The inventor of gesture and scrolling animations, formerly at Apple, is now joining Facebook. As first spotted by Daring Fireball, John Harper’s Twitter bio says that he "was" working for Apple. Harper then later revealed that he was joining the social networking company and will be working with former Apple colleague Kimon Tsinteris. He also created Apple’s Core Animation Tool for developers. That tool, for both Mac OS X and iOS, allows third-party app developers to animate the views and other visual elements of their apps. After setting a few parameters, the tool handles most of the animation and results in higher frame rates and smooth animations without taxing a CPU and slowing down the app. According to his LinkedIn page, he worked at Apple for more than 12 years, and also worked on the OS X windowing system, the Mac X11 ports, and other parts of the Mac and iPhone graphics systems. It’s currently unknown what Harper will be working on at Facebook. For other news today, see: Microsoft Discusses The Design Philosophy Behind Office For The iPad, This Spectacular Concept Of A Redesigned iTunes Is Inspired By iOS 7, and Apple Promises A Fix To An Annoying iMessage Bug That Hurts Former iOS Users. 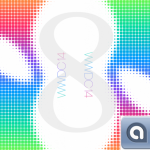 Apple's WWDC Keynote Address To Feature Many Promises, Few Surprises
Nothing found :(
Try something else