You are using an outdated browser. Please upgrade your browser to improve your experience.
by Brent Dirks
May 21, 2014
After stopping sales back in April, the Nest Protect smoke and carbon monoxide detector has been officially recalled, according to the U.S. Consumer Product Safety Commission. More than 440,000 units have been sold in the United States. If you own a Protect, there are two different routes you can take. First, if you’re able to connect the device to the Internet, a software update will automatically be downloaded. If you can’t do that, or want a refund, you can visit Nest’s site here to start the process. The recall stems from an issue with the Nest Wave feature. While it was designed to allow users to quiet an alarm in the case of a nuisance event, like from cooking, Nest discovered a bigger flaw. During the case of an actual fire emergency, movements near the detector could prevent it from going off. Thankfully, no incidents were reported because of the issue. Nest, which was acquired by Google for $3.2 billion in cash in early 2014, rose to prominence with its Nest Thermostat. The Protect, which hit the market late last year, was lauded for reinventing the boring, but life-saving appliance. For other recent news today, see: Bounden Developer Runs Firsthand Into Android Hardware Fragmentation Issues, Hackers Claim To Have Compromised Apple’s iCloud And Activation Lock, and HBO Content Now Appearing On Amazon’s Prime Instant Video Service. 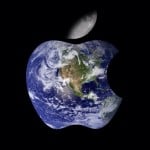 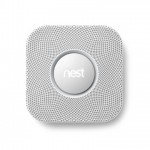 Nest Suspends Sales Of Nest Protect Alarm As It Fixes Potential Safety Issue
Nothing found :(
Try something else