Nintendo fans were dealt a blow last night as it was revealed that the Japanese video-game maker has shut down GBA4iOS, the popular jailbreak-free Game Boy Advance (GBA) emulator for the iPhone, iPad, and iPod touch.

The news came from Riley Testut, creator of GBA4iOS (via The Next Web), who posted a Twitter update announcing the news. Nintendo reportedly sent Testut a Digital Millennium Copyright Act (DMCA) notice requesting the website to be taken offline. He wrote:

Well it's official, @NintendoAmerica has sent a DMCA Notice requesting http://t.co/2egsx0sRNS to be shut down.

GBA4iOS launched in version 2.0 back in February, and the update brought support for iOS 7, a new design, and optimization for Apple’s iPad (among other changes). In case you missed out on the fun, GBA4iOS allowed iOS device owners to play Nintendo ROMs on an iPhone, iPad, or iPod touch; it also featured Dropbox syncing and a built-in Web browser, too, making it easy to add new games to the emulator.

Of course, given that Nintendo isn’t planning on porting Mario, Zelda, and Pokémon to iOS, GBA4iOS was a much-loved resource for iPhone and iPad owners.

Testut added that GBA4iOS will “remain offline until further notice.” We’ll keep you updated with additional information on the service as we receive it.

In the meantime, see: Apple Restricts Staff Vacation Times At German Retail Stores For September, RadianGames’ JoyJoy, A Fun Arcade Shooter For iOS, Is Set To Launch Tomorrow, and Warhammer 40,000: Chess - Regicide Is Coming To iOS Later This Year. 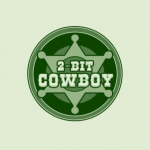 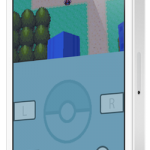 Jailbreak-Free Nintendo DS Emulator Launches For iOS Devices
Nothing found :(
Try something else