You are using an outdated browser. Please upgrade your browser to improve your experience.
by Aldrin Calimlim
May 23, 2014
Telltale has just announced that the fourth episode of The Wolf Among Us is set to come out next week. Ahead of the launch of the latest expansion to the acclaimed choice-and-consequence game based on the "Fables" comic books, the studio has also released a teaser trailer for the episode. Just yesterday, several screenshots from the upcoming episode were revealed. Now, we get to see much more from it thanks to its trailer. Check out the trailer below (contains spoilers for the first three episodes): If you can't see the video embedded above, please click here. Titled "In Sheep's Clothing," the episode is further teased by Telltale with the following words:

Has the Wolf met his match? Beaten and bloody, Bigby is confronted by the realization that a society built on secrets is ripe for exploitation. And that the disenfranchised of Fabletown may see his prey not as the cause of their problems, but as their solution. Constantly caught between 'the rules' and doing the right thing, Bigby must tread a path fraught with danger in this penultimate episode of The Wolf Among Us.

The Wolf Among Us Episode 4: In Sheep's Clothing is scheduled to be released on Thursday, May 29. If you haven't yet downloaded The Wolf Among Us on your iOS device, now is the perfect time to get it, through IGN's Free Game of the Month promo. Otherwise, the game is available in the App Sore for $4.99, with the first episode already unlocked. Subsequent episodes may be unlocked via in-app purchase for $4.99 each or as a season bundle for $14.99. 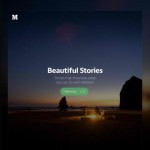 Medium For iOS Gets Supersized As It Goes Universal For iPad 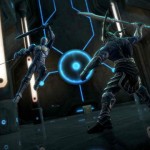 Infinity Blade III Lets You Hack And Slash Some More With Its New Blade Masters Update
Nothing found :(
Try something else