You are using an outdated browser. Please upgrade your browser to improve your experience.
by Brent Dirks
May 9, 2014
An interesting, and substantial change, is taking place at Apple Stores. According to 9to5Mac, Apple has begun the process of migrating employees from a fourth-generation iPod touch to an iPhone 5s for the EasyPay point-of-sale system. If you’ve ever made a purchase at an Apple Store, the current system should be pretty familiar. The iPod touch has an extra attachment that can scan bar codes and read the magnetic stripes of credit cards. While the exact reason for the change is unknown, the site does list some advantages of the new setup:

Apple’s upgrade to the iPhone 5s for employees also brings new features via an upgraded point-of-sale sled that adds in RFID capabilities as well as chip and pin card reading functionality and improvements for Passbook scanning. The new accessories are also said to integrate a keypad to allow input of pin numbers for debit payment processing and more.

One of the more intriguing possible reasons for the switch is the Touch ID capability of the iPhone 5s. With Apple rumored to be creating its own payment system, it makes sense that the retail stores would be a featured location for the technology. The site also says the change could be due to the declining sales of the iPod touch. The iPhone 5s has been rolled out at a number of stores in the United States and will receive a larger deployment in June, according to the report. For other news today, see: As Dr. Dre Confirms Apple's Purchase Of Beats Audio, The Mood Online Is Mixed At Best, New Subscribers Will Pay More For Netflix Video Streaming Beginning Next Month, and Apple's iPad Remains No. 1 In Combined Worldwide PC And Tablet Sales. 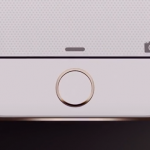